The Hobbit - Through a Children's Book to an Adult Epic
Category : Reviews
The Hobbit - An Unexpected Journey 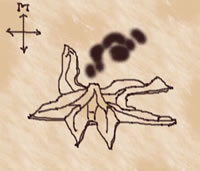 The Hobbit - Through a Children's Book to an Adult Epic

Wizard Gandalf arrives in the Shire to reawaken the adventurous teen spirit of hobbit Bilbo Baggins who has grown into a staid young adult centred around food and gardening. Soon a succession of hungry dwarfs call and invade his tranquility and his larder. Bilbo is drawn reluctantly into their plans to recover the dwarfs' lost home, the ancient Halls of Erebor, now inhabited by a fiery, murderous dragon. Hobbits are peaceable, three-foot-something, humanoid gourmands with thick soled, woolly haired feet. They inhabit the rich rural land of the Shire and have a talent for stealth. It is the latter quality that makes Bilbo the ideal recruit for the role so crucial to the campaign of royal heir Thorin and Company.

On a long and perilous journey towards the Lonely Mountain, housing Erebor, a vast treasure and the dragon, Bilbo is at first scorned by Thorin. In an encounter with trolls Bilbo shows his worth and proves his right to a place in the august Company, of which he is the smallest and the only one never to have held a sword so all the more extraordinary is his courage. The centrepiece of the film is Bilbo's finding of The Ring and a life-or-death game with the creature Gollum, during an escape from goblins in the tunnels of the Misty Mountains. There is a brief respite at Rivendell, the hidden elf city, then flight, captivity and deliverance from King Thorin's arch enemy to gain first sight of the mountain goal and the greatest danger in store for them.

Although based on a children's book, by J R R Tolkein, prequel to Lord of the Rings (LOTR), The Hobbit is nevertheless worthy of Peter Jackson, director of the serious epic trilogy of the struggle between good and evil for domination of Middle Earth, although the script felt a little weak near the beginning. The gravity of LOTR is introduced by using wizard Radagast the Brown's exploration of The Greenwood to witness the re- emergence of the Witch King necromancer who is to become Lord of the Rings, Sauron's number one. The Shire, Rivendell and the party day of Bilbo's birthday land LOTR fans on familiar ground. The breathless chase through the goblin halls is equal in thrills to anything in Lord of the Rings. My movie buddy, would felt lukewarm about Fellowship of the Ring became an eager convert and rapidly watched all three of the LOTR films.

Although The Hobbit is by no means a slim volume, I wondered how sufficient material could be found for three films, and my movie buddy dubbed the project, 'The Paddit'. However with a little extra textual addition, the 169 minutes whizzed by. The 3D on the big screen drew me in utterly and the cinema surroundings dissolved. Martin Freeman expertly creates the emerging hero from the pipe-and-slippers Bilbo. Richard Armitage smoulders heroically as Middle Earth's hottest dwarf Thorin, The Hobbit's answer to LOTR's Aragorn. Barry Humphrey's voices the Jabba-the-Hut-like Great Goblin. Kili and Fili, the youngest of the company, are cheerfully reminiscent of Pippin and Merry of the sequel. Ian McKellen reprises his LOTR role of Gandalf with ease and Cate Blanchett's Galadriel provides a lone female presence looking wise and stunning enough for a dozen women.

No need to be a Tolkein fan, or to be accompanied by a minor, to be amazed, delighted and entertained by An Unexpected Journey.