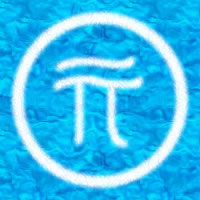 Life of Pi - Do You Believe in Miracles?

On the first viewing shortly after the film opened on a Tuesday morning it was perhaps not surprising that my movie buddy and four others had the screen space to ourselves. The Hindi vocals that open the lush, soft, golden light on a succession of exotic animals evokes a peace and timelessness. The viewer is hypnotised into engagement with the story of an Indian family living in Pondicherry after Independence won in 1963.

With funding for their Zoo diminishing, the parents of boys Piscine (named after a swimming pool) and Ravi decide to move their animals to Canada for sale and begin a new life there. Pi's tale is narrated by his older self in the present to an author who has travelled across the world to hear and perhaps write the story. Indian star Irrfan Khan (Billlu Barber) is perfectly cast with his peaceful expression and gentle mellifluous tones calmly relating the physically and emotionally traumatic events that marked Pi's early life.

During the voyage, the ship capsizes in a storm and Pi is cast adrift in the company of three animals including the Bengal tiger, Richard Parker. With the aid of survival supplies in the lifeboat and an instruction manual, Pi takes on the management of food, water, shelter, the continued risk of attack from his fearsome companion, storms and sealife. His uncle's training in swimming, and his unshakeable belief in all expressions of the divine bring him extraordinary, inspiring and life-saving experiences.

After reaching terra firma the insurance company reps ask for his story which he relates but they reject. He offers an alternative in which he transmutes himself and the animals into human survivors from the ship. Life of Pi asks the viewer together with writer: which do you believe? My first movie buddy and I accepted the first version. My second movie buddy chose the adapted version on my second viewing shared principally by families with under-12s. This is not per se a children's film but it does thrive in the minds of those for whom the natural world is potentially miraculous.

Based on the novel by Yan Martel, Life of Pi is directed with Ang Lee's customary skill at atmospheric adaptation. Gérard Depardieu has a lightly comic cameo, and award-winning actress Tabu presents a beautiful, loving and sympathetic mother. Rafe Spall as the writer is a picture of uncertainty over the narrative's credentials. First time actor Suraj Sharma gives a wholly believable performance as the teenage Pi. The explanation of how he got his name is charming and the winning of the shortened version a victory that has us rooting for him long before he gets on the ship. This is the story of a man whose tolerance, acceptance, belief and capacity for spiritual experience nurtured as a child, has brought him, not just survival but all of the components of a happy and successful life. If this film has a moral, arguably it lies therein.