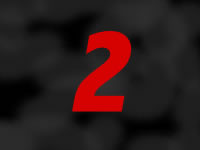 In this entertaining tongue-in-cheek, spy comedy, a senior generation of intelligence operatives unites when a Wikileaks document on a 70s project Nightshade is spotted by MI6. Frank Moses (Bruce Willis) is attempting to settle down with partner Sarah (Mary-Louise Parker) when a literally deadly warning comes from Cold War days pal Marvin (John Malkovitch). The trio are forced to flee, and on the run investigate the buried project in which the men were involved.

Nightshade draws Moses, Marvin, Sarah, as well as Victoria (Helen Mirren) and martial arts, hired killer Han Cho Bai (Byung-hun Lee), both instructed to terminate Moses, on a trail that leads them to Paris, London, Hong Kong and Moscow. Along the way they attempt to capture The Frog, liberate an incarcerated scientist, encounter Moses kryptonite, a Kremlin femme fatal (Catherine Zeta-Jones) a rival with whom Sarah engages with enthusiasm, and discover the world threatened by an innovative bomb. Will they and the planet survive to return in Red 3?

Red 2 is hilarious and fast paced with a juxtaposition of the ordinary, in which various assassins offer Moses relationship advice, with comic strip violence (one pop and down goes the body). The combination keeps the narrative bubbling along and the time passes swiftly. The VIP seats were mostly filled, the audience, made up of representatives of every demographic, laughed often and departed refreshed and uplifted.

Mary-Louise Parker delights as the spirited Sarah who, after the limitations of office work, participates with childlike glee in the dangers of the spy world. Catherine Zeta-Jones in the role of Russian Victoria clearly enjoys vamping (or should I say wamping?), it up. Helen Mirren draws the eye in every scene, oozing sex appeal and effortless class especially when her character exhibits ordinance expertise. Anthony Hopkins, superb as the apparently absent-minded professor and the brain behind Nightshade, keeps us guessing as to his sanity and his allegiance.

Mirren, Hopkins and Willis exhibit humorous world-weariness coupled with resourceful zeal for survival and the entire cast relishes the romp as director Dean Parisot unleashes the pros with all the joyful spoof power of Galaxy Quest.

Red 2 offers a witty script, a moderate body-count, action, suspense, surprise, romance, pyrotechnics and kidnapping. It stands alone without Red 1 though that is well worth catching up with. Dont be blue because you missed it. See Red 2.