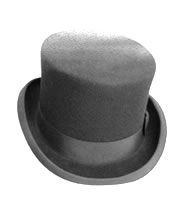 Now You See Me - And You Should

Light-hearted adventure bound to appeal to fans of Derren Brown, and David Copperfield, the inspiration for the story. Still considered by Vue worth assigning four showings albeit in mini screen 7, on a wet Tuesday afternoon it attracted 20 plus viewers from about 10 to 70 years of age.

Four independent magicians, a mentalist, an escapologist, an illusionist and a card trick specialist are united by a mystery fifth into an act called The Four Horseman, not noted for equestrian skills nor were pestilence famine war or death in evidence. but, well, there are four of them. Or are there? The clue is in the revelationary team's role in justice and judgement. The FH club's first gig, a bank robbery of pristine fat stacks from Parisian vault which they rain down on the audience, has FBI agent Rhodes (Mark Ruffalo) hot on their trail. As the elusive foursome proceed to New Orleans with their associate Tressler (Michael Caine) Rhodes turns for help to Bradley (Morgan Freeman) celebrated for his exposetés of trick artists.

A middling magician Lionel Shrike whose comeback act at the bottom of the East River ended in his disappearance and a secret society of elite committed to preserving the secret way of the sleight of hand frequently surface around the question as to the identity of the unseen hand that orchestrates The Four.

Woody Harrelson does a commendable job as the only memorable character, mentalist McKinney, among the Four Horseman. The others with little to work with emerge as The Younger One, The Even Younger One and The Girl. The latter played by Isla Fisher provides spirited eye-candy and her trapped-in-a-tank-of-water-with-optional-piranhas is rather fun.

The antagonism morphing into attraction between Rhodes and winsome French Interpol rep played by Mélanie Laurent never makes it into credibility as character development and romantic interest are sidelined, and happily so, by the escapes, car chases, laser shows, bursts of flame, jumps, flights and illusions explained and unexplained. The moments when Freeman and Caine share the screen were enough to justify the £10.50 for a midday VIP seat in which I was kept riveted and entertained by the unfolding of the plot.

Now You See Me is directed by Clash of the Titans Louis Leterrier and co-scripted by Ed Solomon who penned Men In Black and Bill & Ted's Bogus Advenure. Magic enthusiasts will likely already have flooded the cinemas but you don't have to number among them to appreciate Now You See Me, an enjoyable, fast-moving, harmless yarn that kept the children in the audience interested and inspired the senior gentleman behind me to pronounce it, perhaps with a certain amound of hyperbole, 'superb'.