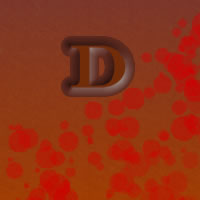 In 1858, in Texas, Django (Jamie Foxx) becomes a freedman when rescued by bounty hunter Dr. King Schultz (Christoph Waltz) who recruits him to ID the three brothers who are on Schultzs list of valuable quarry. A partnership and friendship develops over the winter and Schultz, seeing in Django the qualities of the legendary German hero Siegfriend who saved his beloved Brunhilde, offers to help Django locate and rescue Broomhilda (Kerry Washington) his enslaved wife.

Violence against Django and his wife shown in flashback roots us firmly on the side of the bounty hunters and their revenge becomes ours. Django moves like a spy in the enemy camp of the plantation Candyland where Broomhilda is kept, while Schultz convinces brutal plantation owner Candie (Leonardo DiCaprio) of his interest in buying one of Candies Mandingo fighters with Broomhilda as an extra. However the pair come under suspicion by the elderly, influential slave Stephen and the lives of Django, Broomhilda and Schulz hang in the balance.

This homage to the spaghetti Western is signaled by the opening orange palette and 60s/70's font. Tarantino finds ways to instill the casual violence with humour in the first half while the verbal and physical abuse of the slaves in the second half keeps us uncomfortably aware of the realities of the period. Jamie Foxx gives a sympathetic and controlled performance of strong emotions under extreme conditions. Christoph Waltz exudes charm and wit while DiCaprio imbues Candie with a savagery bordering on insanity. Kerry Washington as Broomhilda draws the eye and the heart whenever she appears.

The script cleverly treats us to one surprise after another. Like an early western, the sound of gunfire is the signal for people to fall off their horses. At the other end of the scale, horror is sparingly shown but effectively suggested. A comic highlight is a mobs discussion of the practical difficulties of KKK costume.

There are two stunning cinematographic moments when blood from a murderer sprays across the cotton balls and then again across the flanks of a white horse in the moonlight.

Like Inglourious Basterds Django features a massive explosion and a happy ending. Feel good hung in the air as the audience filed out satisfied.